If you havent noticed, Xiaomi has quietly released the Mi 9 SE in collaboration with LINE App to bring you the Mi 9 SE Super Brown Limited Edition. This is the same purple edition from the said model with Super Brown embossed at the back of the phone.

This will be such a treat to all the LINE users and Fans well… across China for now as this has only debuted in its home country. Line is a popular messaging app widely used in Taiwan, Japan and Hong Kong to mention a few.

Redmi 7 Unboxing and Review: Fastest In Its Class! 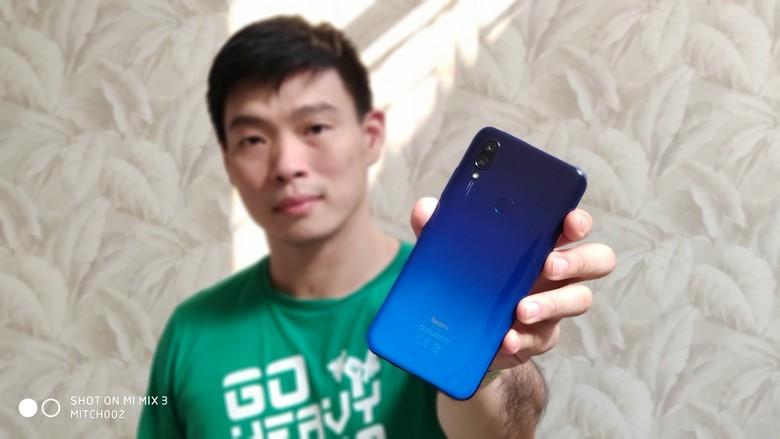 Redmi has released its 3rd phone actually after going independent before the Spring Festival and this time the Redmi 7 came along during the announcement of the highly anticipated Redmi Note 7 Pro last March 18th. The Redmi 6 sported a 5.45″ display and this time for the 7th iteration, it went up to 6.26″ which sort of redminds me of the Redmi 5 Plus. The design did improved a lot, sporting the latest gradient trend and its really very stylish for a phone of its budget range. One noticeable improvement that I honestly can say is that Redmi did kicked up the processor from MTK Helio P22 to the SD632. This move is quite a significant jump for this series as many perceived MTK as the weaker processor (well thats what many consumers think).

The Redmi 7 has revamped its design, after quite a disappointing showing of the Redmi 6, they have turned things around by immediately replacing the processor, then they also improved the screen size as well as the screen to phone ratio. The curved edges are quite nice and the gradient colors added premium touch to the phone as well. The battery has greatly improved to 4000mAh which is quite a significant jump over the closest rivals.

Finally getting back to business after a side trip using the less popular Mediatek Helio P22, the main aim of this new chip is battery savings without sacrifing the performance. We are thankful they didnt use the over popular SD 625 on this unit and we sure did take a deep breath after knowing this fact. We did quite some performance test on this unit and for daily multitasking its pretty much easy on the phone. Tho sometimes during heavy usage, there are some time it will bug down a bit and a little, but it will resume after a couple of seconds. Gaming is quite good playing Mobile Legends and it was quite a breeze proceeding with the game after 2 hours of playing already.

The Redmi 7 supports 13 different LTE bands, it’s easy to switch to LTE network inside the settings but once your do the second sim will be running on GSM connectivity only. You can freely choose which sim you want to use your LTE data. We have experienced no problem surfing using LTE or 3G in our home country in the Philippines as well as dual standby mode is working seamlessly. Wireless connectivity via Wi-Fi a/b/g/n/ac is also smooth and it also supports Wi-Fi Direct. Wireless screen mirroring is also available via the Miracast protocol, tethering data is also working perfectly. Bluetooth 4.2, GPS, and GLONASS are all present and working pretty good. We also have a smooth navigation using Google Maps as it is pretty much accurate in pointing our current location.

One of the main highlight for every smartphone release is its camera, people will ask whats the improvement on the camera. Everyone loves to take photos, especially selfies. The front camera sports a Samsung S5k4h7 8MP Sensor while at the back, both are manufactured by Omnivision.

On the manual mode, we can access the ISO up to 3200 while the shutter speed is up to 32 seconds. For the video settings, the highest quality that we can record is up to 1080p 60FPS.

We were able to achieve a good battery rating for this unit since, we lasted a day on normal usage without hitting the charging port or power bank. PC Mark Battery Stress Test gave it a rating of 16 Hours and 49 Minutes which is quite impressive for its class. We charged the phone from 20% to 100% using a QC 3.0 Charger supplied from the Mi9, it took us 1 hour and 46 minutes to get the job done.

The Redmi 7 has outclassed the Redmi 6 in all aspect, this phone has probably bring back the Redmi series to be a contender as the budget king. True to its words, at the price range that it offers, I can say that the camera and the battery life are 2 key winning point of this phone as its really worth considering for its jaw dropping price. I highly recommend this phone for those who wants a good performing phone at a budget.

Checkout of latest Unboxing of the Black Edition