Redmi India has been boisterous recently and all-in on promoting Redmi K50i. The subbrand also invites the public to participate in their mini-game and they can win prizes that are worth their time.

In addition, they also revealed the phone’s AnTuTu Benchmark score, which is 822,274. Be aware that the result was, of course, cherry-picked.

The tech community speculates that it is a rebranded of Xiaomi Redmi Note 11 Pro+, but seeing the Dimensity 8100 in it, will definitely give us a vibe of a new twist in terms of the upcoming POCO lineup.

Moreover, rumors tell that the predicted price of Redmi K50i will be Indian Rupee 27,000 for 6GB RAM + 128GB ROM variant. Meanwhile, the bigger model will be priced at Indian Rupee 32,000 for an 8GB RAM + 256GB ROM variant. And it will be available for purchase after the launch date, which is on July 22. 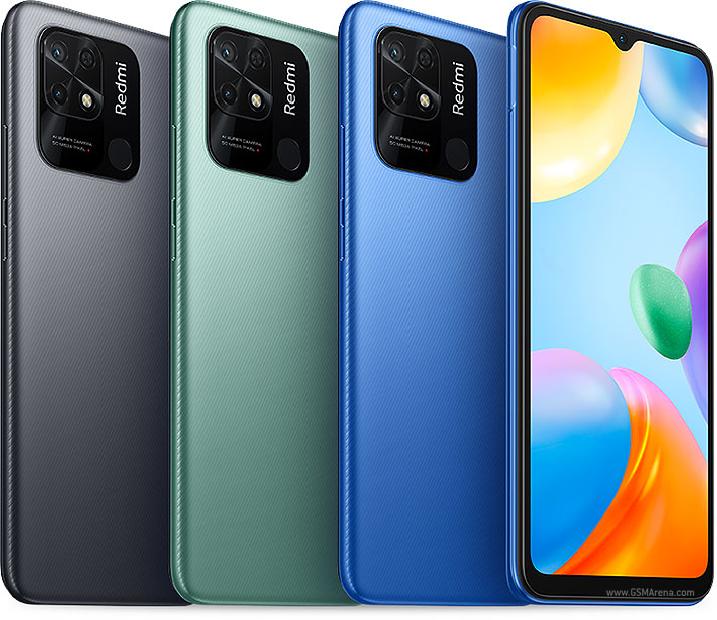 Professionals are always on the lookout for a gadget that can cater to their work-play routine. A laptop is what first comes to mind. But let’s face it: a smartphone is the ticket for people who want to access all of their tasks while on the go, in this hybrid era.

Enter the Xiaomi Redmi 10C, a fast and efficient upper entry-level phone equipped with the Snapdragon 680 chipset. It is a powerful phone worth less than P10,000 that can handle anything from work documents to HD streaming.

Here’s an in-depth look at how this phone gets the job done:

The Xiaomi Redmi 10C’s Snapdragon 680 processor is built on the flagship-level inm process, which offers a max cork speed of up to 2.4G-7. This ensures smooth and swift performance with every task, like scrolling through social media, taking photos, and streaming media, while conserving power. Redmi IUC also allows for faster installation and loading on all apps.

Equipped with a 50MP main camera, the Redmi 10C captures high-resolution photos and videos. When taking portraits, the camera applies a natural blur effect in the background to emphasize the subject. It also comes with Night Mode to illuminate details under low lighting.

This smartphone has a large 6.71” Dot Drop display that offers an immersive viewing experience for all types of entertainment – be it watching shows and movies on Netflix or Amazon Prime Video, or playing mobile games. It also supports Widevine L1 HD streaming so users can watch in full detail.

For those looking for a capable smartphone that suits their hybrid working setup and personal time, the Xiaomi Redmi 10C packs enough power to efficiently accomplish any activity.

Beijing, CHINA, October 28, 2021 – Today, tech giant, Xiaomi, has introduced three powerful smartphones at the mid-range level — Redmi Note 11, Redmi Note 11 Pro, and Redmi Note 11 Pro+. The only difference between the two pro devices is that the pro-plus version supports 120W fast charging, while the standard pro has a larger battery.

Xiaomi looks to have raised the bar for mid-range phones with the Pro versions, which include a 120Hz AMOLED display, a 108MP primary camera, and up to 120W fast charging capabilities, all of which are Redmi firsts. The selfie snapper has a punch-hole cutout, flat corners comparable to iPhones, and a rectangular camera module on the Redmi Note 11 series phones. Here are the pricing, characteristics, and availability for the Redmi Note 11 series.

On the outside, these two phones are identical. The front panel contains a 6.67-inch AMOLED screen with a 120Hz refresh rate and 360Hz touch sampling rate, as well as a 2.96mm diameter selfie camera punch-hole.

The Redmi Note 11 Pro+’s most striking feature is its 120W fast charging, which charges the 4,500mAh battery in just 15 minutes. Xiaomi demonstrated this by having a stage actor hold his breath for 15 minutes and 5 seconds while a demo unit charged.

If you choose the normal pro phone, the charging rate drops to 67W, which is still quite fast, and you receive a larger 5,160mAh battery.

Only three active cameras are present on the back of the phone: a 108MP primary camera with a Samsung HM2 sensor, which was lifted from the preceding Redmi Note 10 Pro, an 8MP ultrawide camera with a 120-degree field of view, and a 2MP telemacro camera. A 16MP sensor is used in the front-facing camera. The phone contains a 3.5mm audio connector and stereo speakers tuned by JBL. They run MIUI 12.5 on top of Android 11.

The dual-SIM Redmi Note 11 Pro phones do not feature a microSD card slot. They run MIUI 12.5 on top of Android 11.

The Redmi Note 11 has a punch-hole camera and a 6.6-inch FHD+ LCD display with a 90Hz refresh rate. On the rear of the phone, there are two cameras: a 50MP primary sensor and an 8MP secondary depth sensor for portraiture. On the front, there’s a 16MP front camera for selfies and video chats. It comes pre-installed with Android 11 with the MIUI 12.5 overlay. 5G, 4G LTE, dual-band Wi-Fi, GPS, USB Type-C connector, and Bluetooth 5.0 are among the connectivity options. For further security, a fingerprint sensor is installed on the side.

The Financial City Bengaluru, India – August 23, 2021 – After the release of Redmi 10 in Malaysia and Singapore markets, Mi Fans and the tech community asked themselves where the next stop will be. Until now we only have the idea of it being released on September 15. As we are expecting the device to get released in other markets, Redmi India teases Redmi 10 Prime – the “All-Around Superstar.”

After they tweeted, Abhishek Yadav posted that the smartphone being teased by Redmi India is the Redmi 10 Prime. Hours later, he added, “Redmi 10 Prime Launching on 3rd September in India. #Xiaomi #Redmi.”

As this is getting interesting, we did try to decode the numbers posted by Redmi India. The result? “S U P E R S T A R I S C O M I N G.” Moreover, if we’re going to look at their post, the smartphone is in the middle with four lights shining to it on four corners. Thus, this gave us an impression that it may not be Redmi 10 Prime but rather Redmi 10X. Especially, most of the models being released in India nowadays have X on their name. So, we can expect Redmi 10X as its name rather than Redmi 10 Prime.

Above all, the main question is if you’re not from India, will this smartphone be released in our market or not? Well, the question will be answered three weeks from now.