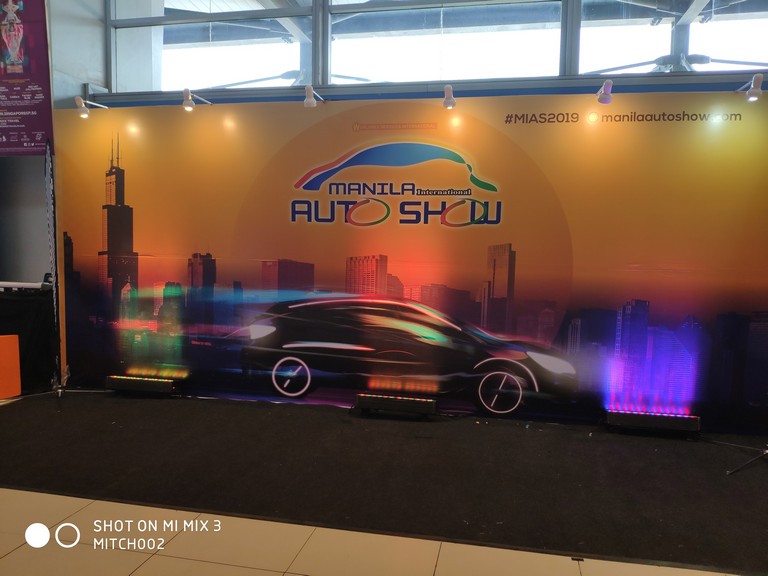 This annual event was held at the World Trade Center in Pasay and this time its bigger than ever, occupying the whole floor area together with the extended tent, suppliers from almost all auto brands (except Toyota) was there to showcase the best of the best cars they have to offer. This event ran from April 4 to April 7 2019 and was flocked by autolovers all over the country.

The extended tent features the accessories and other gadgets like tint, dash cams, magwheels, scooters and more. 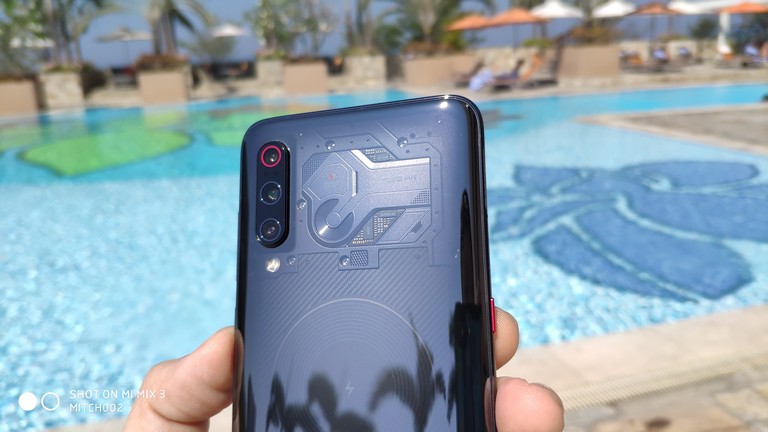 The MWC 2019 just concluded and Xiaomi went home with several awards as VP Wang Xiang Tweeted on his official account. The Mi 9 was released actually days ahead in China and it was received warmly by Mi Fans across China. Now everyone is eagerly waiting for the release of the Global Version. We have our hands here all the 4 variants of the Mi 9, really lucky and priviledged to have all of them in my hands as probably I am the first one to land it in my country as well.

I honestly liked the Mi 6 design from back then, It was probably one of my favorite design from the Mi Series line up so far, but the Mi 9 did amazed me with its all edge curved design because it was designed by the one who is behind the structure of the Mi 6 no wonder. The Mi 9 did increase its screen size from the Mi 8 from 6.21 to 6.39 as we are gearing toward bigger and bigger screen. The Mi 9 does sport a 2.5D screen and it was quite slippery when we let it lie flat on a table (especially on marble or glass surface). The design was quite nice as I love the all curved design at the back which I personally believe is sexy and it gave the Mi Series a facelift for the design category. The notch improved from the Mi 8 significantly as it now sports only a teardrop notch, hopefully it will be gone comes Mi 10. The shinny rainbow colored back when reflected is one of the highlights of this phone as its really nice to see rainbow glaring at the back of your phone. The Explorer Edition is even better as you can see thru the inside of the phone tho its just aesthetics, the Battle Angel is engraved at the back as well to show the partnership between Xiaomi and Alita Movie that was just shown recently. The Mi 9 Explorer Edition is the worlds first 12GB RAM phone that was mass produced, this is to delight every gamer out there who wants extra room for the gaming experience.

We were expecting a lot from the display side as we discovered that its sporting a Samsung AMOLED, tho this is already a norm for Mi Series since the Mi 8. The Full HD display did blew me away with its awesome rendering of photos and videos, and probably one thing that is not good with AMOLED is the burn in problems like those on the Samsung Galaxy Flagship Series that we have heard about. We watched several movies and I can say its pretty crisp and detailed especially playing 4K quality movies. The sound was excellent, we have no problem kicking the sound to the max inside a small room and it can fill the room with sound. The loudspeaker supports stereo mode as the sounds comes from the bottom of the phone as well as from the earpiece just above the front camera. Bluetooth connectivity of headset is also no problem on this unit. Playing games like PUBG at highest mode was definitely not a problem, just dont forget to access the game mode inside the security app.

Audio Format supported by the Mi 9

Video Format Supported by the Mi 9

One of the few devices that sports the latest chipset from Qualcomm is Mi 9, the Snapdragon 855 SoC has 8 cores and can run up to 2.8Ghz of computing speed. Now of course powered together with the powerful Adreno 640, and of course a generous serving of 8GB or 12GB of RAM (if your lucky to catch the explorer edition), it will give you the best experience in gaming up to date. Not mentioning that it can run even the most graphics hungry games like PUBG and NBA 2K19. This latest flagship by Qualcomm first appeared in Mi 9 and the Mi 9 Explorer. We ran several stress test on this unit and we did not see any lags nor any slowdown on the opening of any apps in the Mi 9, multitasking was a breeze (this result is expected from a flagship of this level). This SoC is supports the 64-bit architecture which means it can compute at a very fast phase. So good graphics, good multitasking plus fast processing makes Snapdragon 855 probably one of the most premium SoC in the market at the moment.

Lucky that I was able to hold every single one of the Mi 9 variant available in the market, you can no check the Antutu Score that I have posted as Xiaomi Mi 9 ranks #1 in AnTuTu for February 2019 achieving 371K point while I was able to achieve 372k out of the box.


Support for Game Turbo for the first time

The Mi 9 supports 14 different LTE bands and B20 is missing in this flagship unlike the Mi 8 (not sure on the Global Version). We were a bit surprised that 5G is not part of the official specs sheet that we used as it was announced to be inside the Mi MIX 3 5G. Nevertheless 5G is not yet ready to roll out anytime soon as it is still in its infant testing stage at the moment. It’s pretty easy to switch to LTE network inside the settings, and it also supports Dual 4G mode as well. You can freely choose which sim you want to use your LTE data, since this is a Dual LTE, Dual standby smartphone. Wireless connectivity via Wi-Fi a/b/g/n/ac is also smooth and it also supports Wi-Fi Direct. Wireless screen mirroring is also available via the Miracast protocol, tethering data is also working perfectly. Bluetooth 5.0,GPS, and GLONASS are all present, NFC (Near Field Communication) is also present to support Mi Pay, Android Pay and it enables you to send data to a fellow NFC user with just tapping your phones together. Transfering data from older phones using Mi Mover was also a breeze as well.

The Mi 9 is one of the best camera that Xiaomi has released as of presstime, getting the nod by DXOMark with 107 Points, this catapults Mi 9 to rank 3 among the mobile camera as of February 2019. You can read more about it here https://www.dxomark.com/xiaomi-mi-9-camera-review/. We have by far tested it in all angles and all conditions be it well lit, semi dim, dark mode. We can see that in most of out shots its very vivid and crisp, Im very happy with the results even that there is no OIS present in the camera since they said that 48MP doesnt support OIS, but EIS was present for video but it was still shaky as I purposely shake it to test if its quite stable or not. Face Unlocking was no problem as well as the on screen Fingerprint Scanner.

The Mi 9 supports the Qualcomm Quick charge 4.0 but there is no one in the market manufacturing this kind of charger since the MI 8 era. Inside the box it we can find a 27W QC 3.0 charger, and we tested it took in 9V 2.7 Amperes based on our testing using the supplied charger and cable. We charged the phone from 20% to 100% in just 54 minutes and it was really fast. We recorded a 12 hour 9 minutes endurance test Mi 9 6GB/128GB version under the PC Mark battery stress test, but only scored a 10 hour on the Mi 9 Explorer Edition 12GB/256GB. If these statistics are true on a normal daily use, then it’s really a good sign for the said smartphone, and based on my daily usage for several days, the battery almost last me a day without hitting the charging dock.

The Mi 9 and the Mi 9 Explorer did wow me and the camera performance was quite outstanding. The display I cant really ask for more since the Mi 8 big notch has been nerfed to a teardrop on this flagship, tho I still appreciate more the notchless design on the Mix 3. One thing I have noticed on this unit is that its a bit hot while running heavy games on game boost mode but all other aspect are really good. Probably the cooling system inside still needs a little improvement. 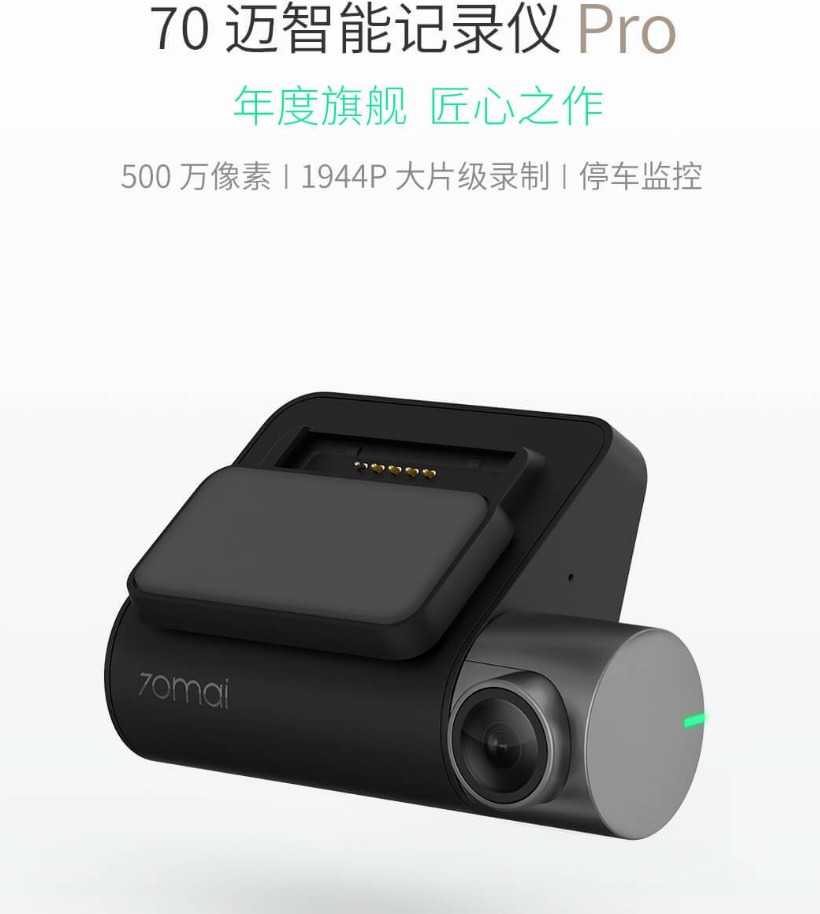 After the success of the release of the regular 70Mai Dash Camera, they have now upgraded to a better lens for better recording especially the need to gather details. This camera is said to perform at 2K recording which is better than 1080p, it has been equipped with the Sony IMX335 Sensor with 2um, F1.8 as well as 140 Degree wide angle recording. It has defog feature great for those driving in the winter. One good feature is the parking monitor, when you get bumped while parked, the camera will turn on and take an emergency recording.

We are fond of the rotateable camera lens, this therefore no longer need a ball valve mount on the windshield, making the mount less weaker than this one.

Check out our samples here and the video unboxing as well. 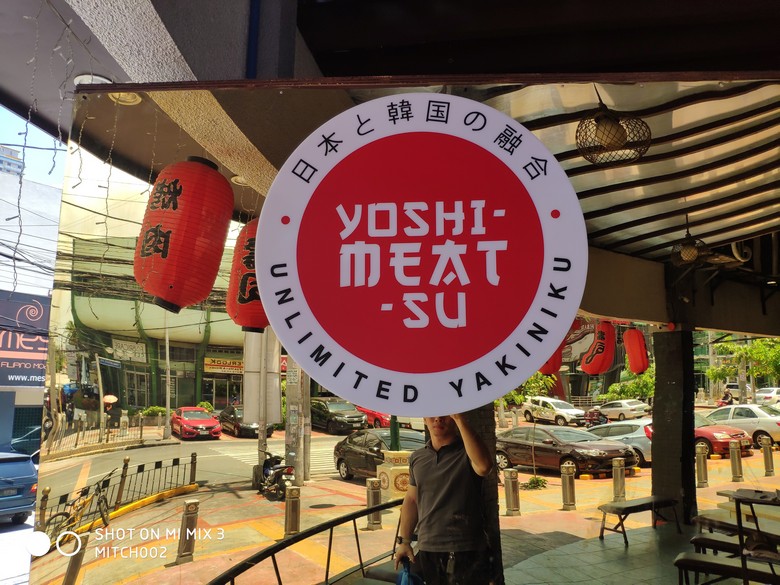 As I stumbled upon this restaurant in Quezon City along Tomas Morato Avenue, I was quite intrigued by the long queue of line outside the store. Normally on top of the mentality of a consumer (especially the food adventurers), the longer the line, the more delicious it was. And so there I go, bringing my whole gang to this Japanese-Korean fusion craze that has just opened a couple of months ago.

The ambiance when you entered is quite more of a Japanese setting than a Korean one, but the latest craze in town is all about Samgyupsal.

The place was indeed cozy as we were immediately served with food on our table by the friendly staffs. 4 plates of different kinds of marinated meat was served to us together with a plate of Ebi Tempura and 4 small plates of Maki. The menu is electronic in this shop, having a tablet mounted on the side of your table, this enable the staffs to be more efficient while the customer pick their own menu to add to the table since its unlimited.

After checking out the menu on the tablet, we picked out some more delicacy to grill on the table like cheese balls, sausage and chicken gizzard. The kani salad, dumplings and the kimchi was superb as well!

We had fun grilling the food, especially the thin sliced samgyupsal are quite good as the marinade really did sipped into the beef. My comment is that the staff should ask the customers if they will prefer thin sliced meat of thick sliced, since the perforated grilling plate is very quick in cooking the thin sliced ones leaving it toasted if you kind of left it for a minute. You can opt for their non-perforated plate if you plan to eat more of the thin sliced beef, to prevent it from getting over cooked and toasted.

All the foods are being lined up for easy serving, once you pressed the order on the tablet, expect it to be served in a few minutes by the staffs.

If you want some fun with your family and friends, head over to Yoshimeatsu here along Tomas Morato in Quezon City Philippines. The price starts at 549 Pesos for weekdays.

All the photos in here are #ShotOnMiMIX3 by Xiaomi.