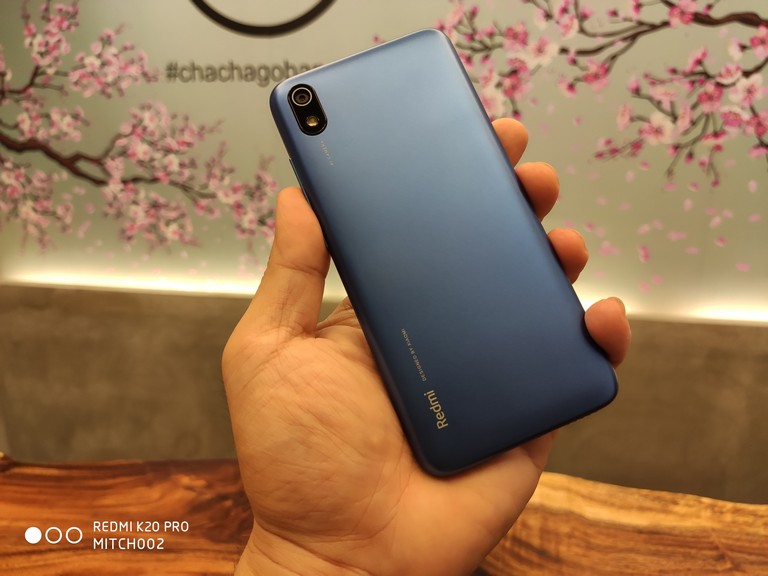 Redmi as we all know has detatched itself from the wings of Xiaomi becoming an independent company on its own since before Lunar Spring Festival 2019. They have been on a roll lately, releasing the very affordable Redmi Note 7 and now followed by the flagship killer that can knockout any challenger in the Redmi K20 Pro. This phone Redmi 7A however did debut side by side with the Redmi K20 and K20 Pro, but was overshadowed and overpowered by its powerful siblings. Plus the debut of Redmibook 14 further put this phone out of the limelight.

The Redmi 7A definitely is a successor of the Redmi 6A, which was heralded as the Budget King from last year, making it a good option for 2nd phone or backup unit. The Redmi 6A did performed a little under my standard last year in terms of camera performance (lets forget the Redmi Go, totally out of the league). Should this phone perform a little better than last year with its beefed up processor using the SD 439 octacore powered 2.0Ghz SoC, or will it remain the same as last year? Lets find out!

What’s in the Box:

The Redmi 7A was an upgrade from Redmi 6A almost in every category that I can remember, from processor to battery capacity and the design was definitely revamped. The back cover is still plastic, since its a budget device. The screen to phone ratio also went up by around 3% which is pretty nice for a entry level phone to have a wider display. Another upgrade was that it has a splash resistant body which serves as a raincoat in case your phone met an accidental splash of water, it will survive another day. It also comes with the TUV Rheinland screen which suppress the harmful blue rays entering our eyes.

Move aside Mediatek, Snapdragon back in business for the A Series! Redmi did tried the Helio A22 inside the Redmi 6A and honestly it did not do any good in sales as people mostly opts for the Snapdragon series as it is more power efficient. We were able to check the performance under multitasking and we didnt have much problem running most task given to it. We tried PUBG but only the low setting was present as this is nowhere near a gaming phone honestly speaking. Then running Mobile Legends was a breeze since its not really graphics hungry.
Antutu gave it a 75765 score which is quite better than the Redmi 6A from last year.

The Redmi 6A supports 9 different LTE bands, it’s easy to switch to LTE network inside the settings but once your do the second sim will be running on GSM connectivity only. You can freely choose which sim you want to use your LTE data. We have experienced no problem surfing using LTE or 3G in our home country in the Philippines as well as dual standby mode is working seamlessly. Wireless connectivity via Wi-Fi a/b/g/n/ac is also smooth and it also supports Wi-Fi Direct. Wireless screen mirroring is also available via the Miracast protocol, tethering data is also working perfectly. Bluetooth 4.2, GPS, and GLONASS are all present and working pretty good. We also have a smooth navigation using Google Maps as it is pretty much accurate in pointing our current location.

We played some music and ran some movies on this unit, the screen display is not bad for a small display like 5.45 inch.

One of the main highlight for every smartphone release is its camera, people will ask whats the improvement on the camera. Everyone loves to take photos, especially selfies. The camera sensors is the OV13855 and the front is a galaxycore 5035.

The camera takes subpar photos as it has difficulty in focusing on the subject.

We were able to achieve a good battery rating for this unit since, we lasted a day on normal usage without hitting the charging port or power bank. PC Mark Battery Stress Test gave it a rating of whopping 18 Hours and 39 Minutes. We charged the phone from 18% to 100% using a QC 3.0 Charger supplied from the Mi 9T, it took us 2 hours and 19 minutes to finish the task at 5V 1.8A.

It has come to this point that we need to give an overall evaluation on the phone, we love the way that Xiaomi define budget, but sometimes we get lost along the way especially now that Xiaomi is releasing unit after unit and the consumer market is quite confused on which unit to choose from. Since this is the affordable series we expect nothing but pure budget on this phone, the processor is quite not bad in terms of performance being able to run games like ML, but on the down side the camera is quite subpar as it is taking blurry photos and it had a hard time focusing on the subject. The only up side I see is the whooping battery performance which can probably last 2 days on normal usage. But for a 2nd phone, this definitely is a good choice for consumers.