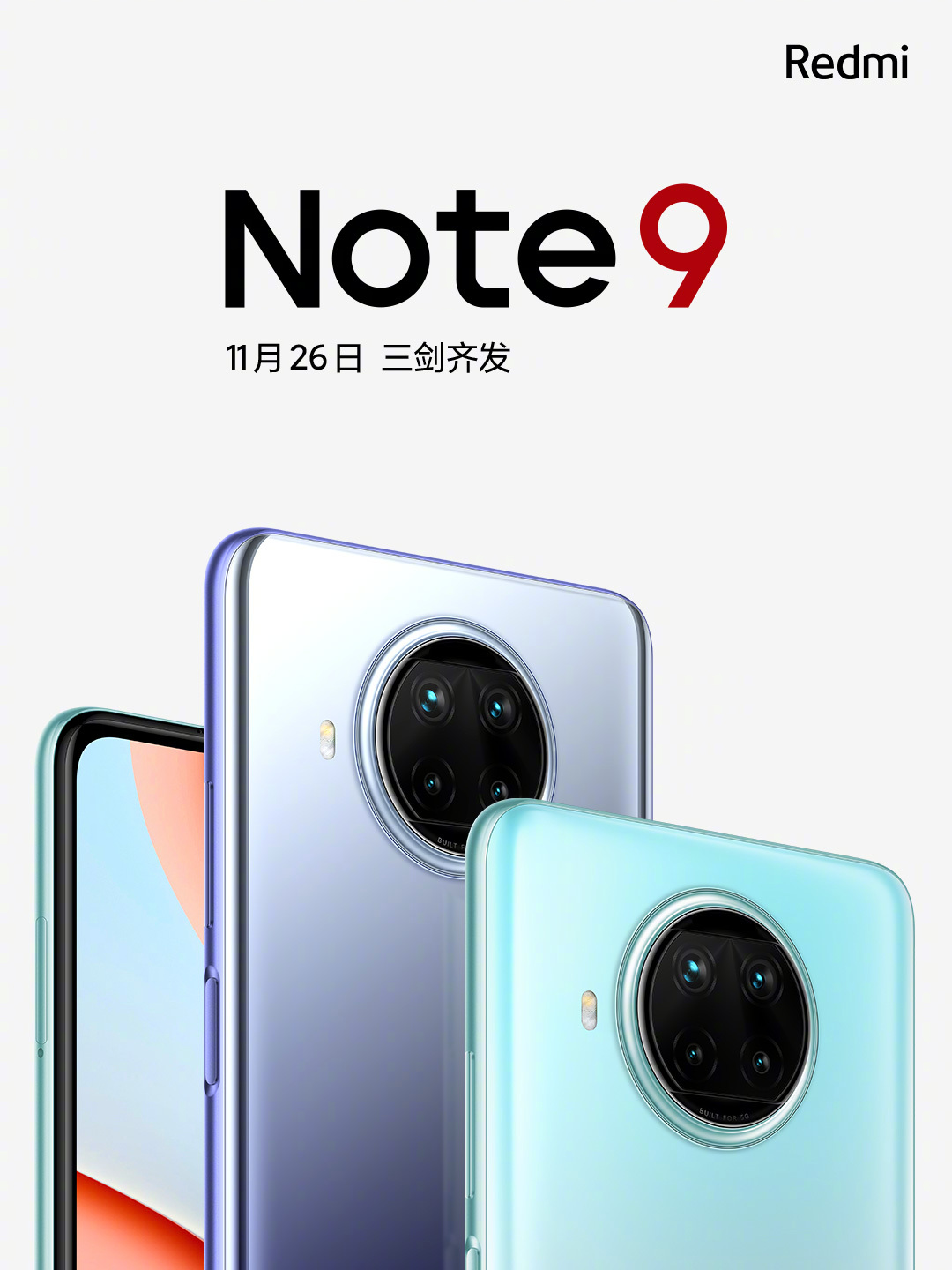 Yesterday, November 20, 2020, in Beijing, China – Xiaomi, a global tech leader, announced 5G-ready Redmi Note 9 Series. To recall, Xiaomi has announced that they will release Redmi Note 9 Series on April 30, 2020 globally. And the successor of the Redmi Note 8 Series will not come to China. Instead, Redmi 10X Series are the ones released in Xiaomi’s homeland.

As of now, the tech leader hasn’t said any names yet to their new smartphone series. However, we have an idea of how many smartphones they will release, which is three smartphones.

Rumors also say that two of the three smartphones will be a 5G-ready smartphone. Meanwhile, the other one will be a 4G only.

Moreover, if we look closely at the photo, it shows four cameras and a side-mounted fingerprint scanner.

Specifications of these smartphones are not officially revealed yet. However, the Note 9 5G is expected to have a Dimensity 800U processor. Meanwhile, the pro variant will come with a Snapdragon 750G, 120Hz screen, and a 108MP camera.

Above all, the most exciting part is that according to their post on weibo, “It is the expectation of hundreds of millions of users around the world, and it is all our yearning.” This led us to believed that they may consider releasing the 5G-ready Redmi Note 9 Series globally.